“See that boy there, I met him right here when he was a baby,” said Carrie Spear while quietly pointing out the young man gathering drinks in the back cooler of Spear’s Corner Store. 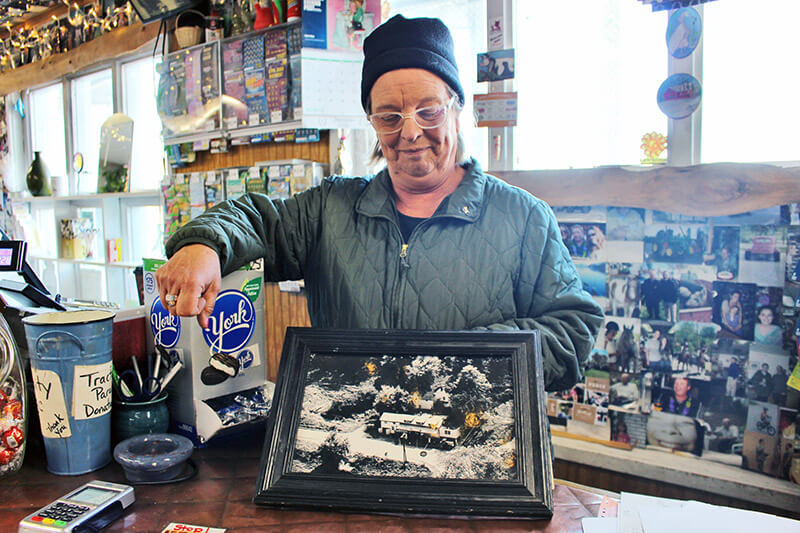 “The difference between a big store and a small store is that you are a name to us, not a number,” said Spear, the co-owner of Spear’s alongside her husband, Michael.

Spear’s Corner Store, located on 20 Jackson Hill Road in Baptist Corners of East Charlotte, has served as a town landmark since 1795.

Starting in 1970, it began functioning as both a convenience store and gas station. On Jan 2, 2001, the Spears took over the business.

This was when Michael called Carrie telling her just to ask the previous owner if the store was for sale.

“I left my job — I wanted to be in Charlotte. Michael grew up in Charlotte and moved back here. And then I felt a calling to the corner,” said Spear, “I see a beauty here that not everybody does. There’s been thousands of special moments — all the people, whether they’re customers or friends.”

This country store is packed with all the goods needed to support the community — the walls, aisles and coolers overflowing with groceries, drinks and Vermont-based trinkets.

There has been little renovation done from the original property, as the Spears have kept everything as true to the original design of the building besides maintenance updates and adapting grocery orders to provide for a changing climate.

Providing a family-oriented safe space to Charlotte has been fundamental to the business over the years, and interacting with customers is the best part of the job for Spear.

“I’m now seeing kids that were little having children, I’ve seen groups of children born that are going to grow up in Charlotte,” said Spear.

Spear’s adapted to the needs of the community during the pandemic by stocking up on local produce, milk, frozen meals, and other household supplies. When customer demand increased with people staying local to avoid shopping at bigger grocery stores, Spear’s Country Store stocked up to meet the demand and gave the community a safe place to interact and stock up.

Seven minutes down the road from Spear’s at 290 Ferry Road is the Old Brick Store, which has been around since 1853.

“We did some updates to make it more modern, but kept the heart in that feeling of the original country store. I don’t see it really going anywhere,” said Whitney Finley, owner of the Old Brick Store for over seven years. 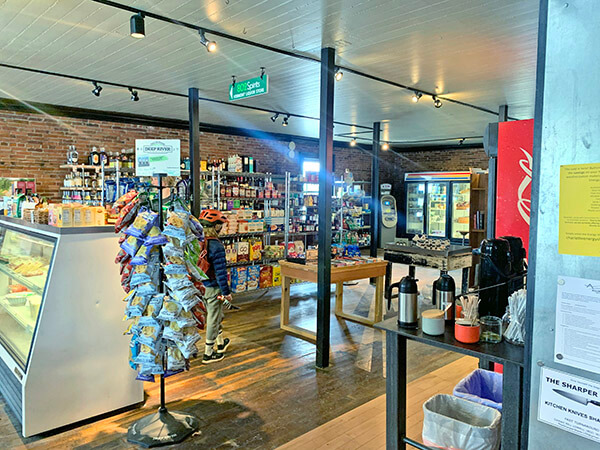 One of the many bicyclists who stop at the Old Brick Store tries to make up their mind. Photo by Halle T. Segal.

Finley, a Charlotte native, worked at the Old Brick Store in high school and returned to buy the place with her husband in order to keep the store running. As a mother of four living down the road from the store, Finley has done as much as possible to keep the store open for the Charlotte community.

“The community certainly stepped up during the pandemic,” Finley said. “Lines of people around the corner in zero degrees just to get coffee, it was very nice to get the support.”

Open for breakfast sandwiches, pastries, espresso, snacks, ready-to-eat lunch orders, and rows of wines and beers, Old Brick Store has adapted in order to continue serving Charlotte. Currently the store is closed on Mondays, and open 7:30 a.m. to 2 p.m. and 5 to 6 p.m. Tuesday through Saturday — Sunday 8 a.m. to 12 p.m.

“It’s really nice to have a community. We get the same people in every single day. They want us to be here and appreciate what we’re doing,” said Finley.

“It’s hard because people often go to bigger stores because of price point. While we try to maintain as low prices as we can to be competitive, everything we buy is more expensive than bigger stores because we’re not buying in bulk. And while I understand the desire to spend as little money as possible, if you don’t shop here, it’s not going to be a convenience because it won’t be here,” said Finley. “And people seem to know that.”

“You can always tell when people are from out of state — they’ll come in and say, ‘This is amazing!’ I think a lot of other states don’t have places like this. It’s fairly unique to Vermont, this very homey, friendly feeling,” Finley said.

Community News Service works in a partnership with The Charlotte News and other local media outlets to provide opportunities to University of Vermont students.