The town of Charlotte suffered a big loss on Wednesday, March 23, with the death of Edd Merritt. But for The Charlotte News this was a huge loss. 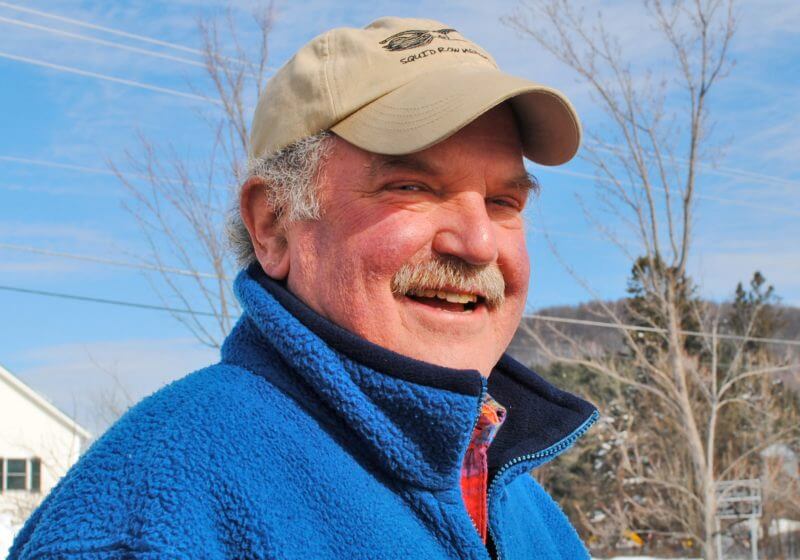 For more than two decades, Merritt was a massive contributor to this newspaper. In 2001 he became editor of the newspaper and continued in the role as co-editor or contributing editor for many years.

For most of his tenure with The Charlotte News, Merritt wrote three articles for the paper—a roundup of Champlain Valley Union High School sports; “Around Town”—a roundup of goings on around Charlotte; and “Out Takes”—a roundup of Merritt’s unique musings on things that struck his fancy or got his dander up.

Edd Merritt was born in Rochester, Minnesota in 1942. He got his undergraduate degree from Beloit College in Wisconsin.

He served in the Navy for several years. After his time in the service, he moved to New York City.

“He always said he moved to New York because he didn’t have anything better to do,” said his wife, Beth Merritt, who started at the newspaper before her husband in the 1990s and has worked since as a copyeditor and proofreader.

She was living in New York when he arrived. Beth and Edd had known each other at Beloit College but hadn’t dated. However, when they met again at a party she and her roommate threw, the sparks flew.

They were married in 1970 and Edd Merritt got his doctorate in college administration from Columbia University.

In 1978, they left New York and Edd worked at University of Hartford and Manchester Community College in Connecticut.

They moved to Vermont in 1980 when Edd became dean of students at Johnson State College. In 1983, he took a job setting up and running an engineer in training program for Pizzagalli Construction Company.

After a few years they moved back to Minnesota and Edd took a job in medical administration at the Mayo Clinic.

They moved to Charlotte in 1987. For a year he commuted to Rutland where he was working for Central Vermont Public Service, so their sons could stay on their Chittenden-South Burlington hockey teams. 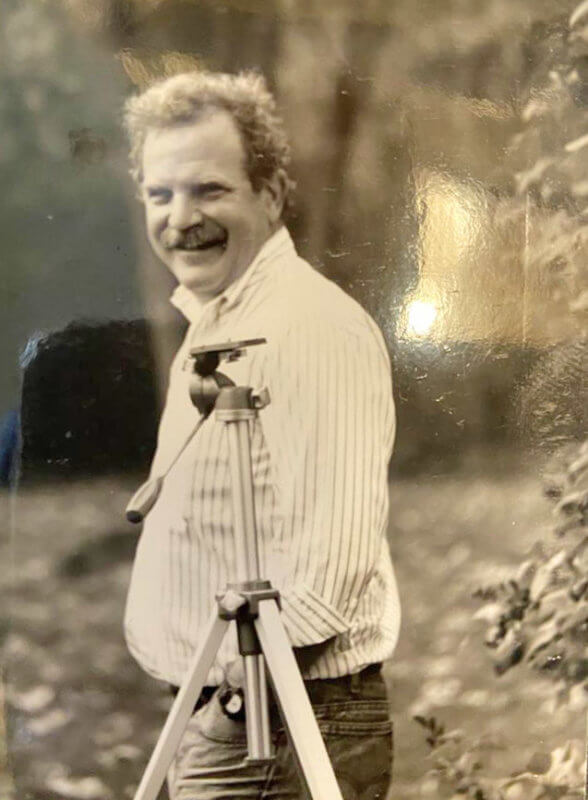 After a year, Edd opted for the shorter commute to Burlington and began working as a healthcare administrator for Fletcher Allen Health Care.

“That was two name changes ago,” Beth Merritt said of the medical facility now known as the University of Vermont Medical Center.

He retired after eight years and, in 2001, he took a job as managing editor of The Charlotte News.

This was work he’d had a hankering for over the years. When Edd was first out of the service, he went to a job placement consultation and told the interviewer he’d like to write for The New York Times. The consultant told him he should move back to Minnesota and work his way up from a smaller newspaper.

He ignored this advice, taking a job that was sort of similar to being a reporter, copywriting for ethical drug companies. Over the years, he wondered out loud what was ethical about prescription drugs.

Edd claimed either he had a very interesting resume or he couldn’t hold a job. Beth Merritt said: “That was his line.”

She said her husband was always interested in learning new things.

He worked in various capacities on the editorial side of The Charlotte News, sometimes in a paid position, but for much of the time as a volunteer crafting copious amounts of copy and proofreading the final product.

Both of the Merritts’ sons were three-sport athletes at Champlain Valley Union High School, and Edd was very involved with Chris and Ian Merritt’s athletic interests.

Earlier he coached Little League and was “a dad-coach” of his sons’ Chittenden-South Burlington hockey teams, Beth said.

After Chris and Ian graduated, Edd continued his involvement with Redhawks athletics, covering the school’s games for the newspaper.

Edd Merritt was known for his vast knowledge and penchant for referencing all sorts of unexpected things, but particularly his encyclopedic knowledge of music, in conversation and his “Out Takes” columns.

“Sometimes I’d be nervous about what he was going to write,” Beth Merritt said.

Pati Naritomi, who worked in The News advertising from 1994, said she really enjoyed working with Edd because of his even, capable, energetic personality and because he always had the best interest of the newspaper in mind.

“He truly enjoyed the community involvement. Many people might tire of going out in the field to cover events, but not Edd. He particularly relished going to the games when he was covering the local school sports,” Naritomi said. “He so loved the small-town environment.”

He was the newspaper’s jack of all trades, said Naritomi, “He really covered a lot of things.”

He was smart and had a great sense of humor, attributes he used to calm tense deadline nerves.

“We might be pulling our hair out to make it all work out,” Naritomi said. “But he definitely made you feel like ‘things are going to be OK.’”

After a septic infection in a bone in his foot in 2014, his left leg was amputated.

He spent a brief time in a wheelchair but quickly learned to walk with a prosthetic. In time he had to use a cane, but this didn’t stop him from driving Toyota pickup trucks, of which he was proud and which many people mentioned in talking of the memories of Edd Merritt. 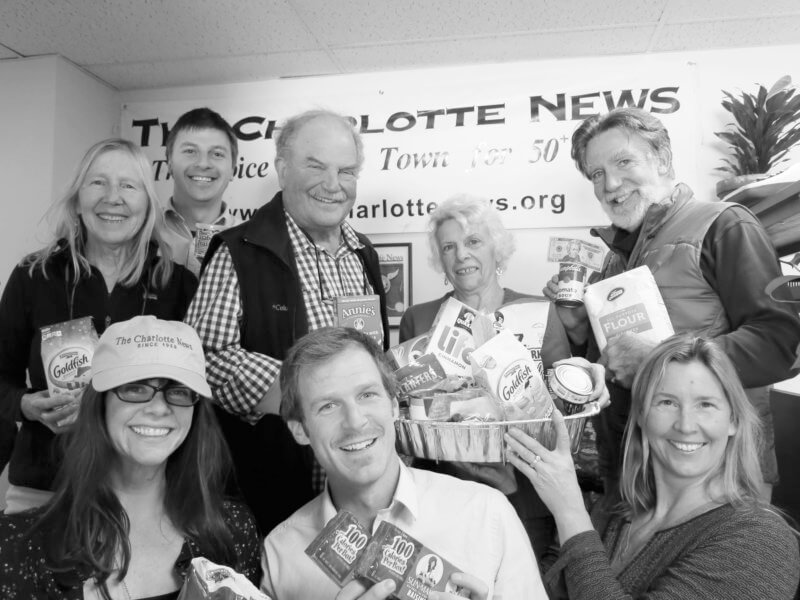 A few years ago, his health declined to the point that he was confined to a wheelchair and could no longer drive.

Edd Merritt believed The Charlotte News is the heart and soul of Charlotte and holds the community together, Crockenberg said, and he believed working on the newspaper “was valuable work, and he was going to do it until he couldn’t do it anymore.”

You can read more about Edd here.