Town beach caught between a rock and an art place Town beach caught between a rock and an art place

What’s a beach without inspiration wrapped in whimsy?

That rhetorical question will be left unanswered by visitors to the Charlotte Town Beach where creativity and flights of fancy rule, memorialized in rock sculptures by often anonymous artists. 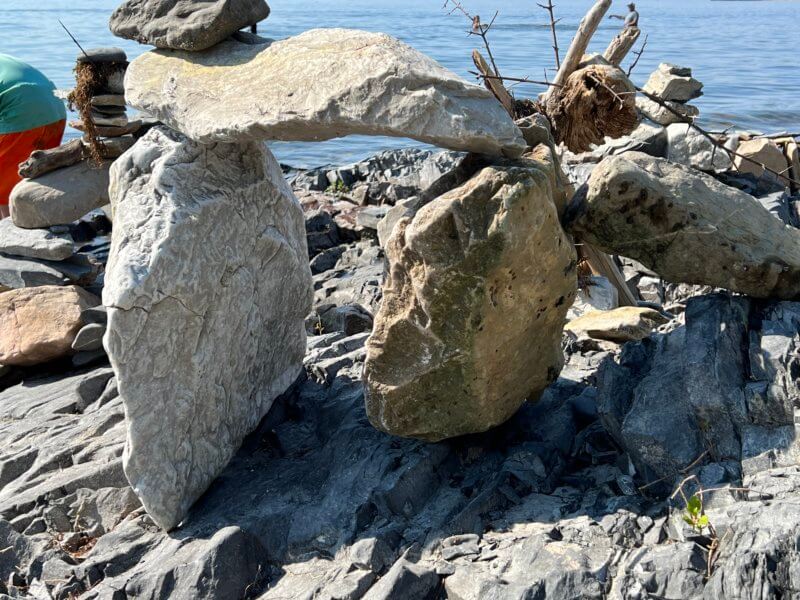 Photo by Evan Webster. Screen printer and artist Evan Webster built this rock arch, but doesn’t know who the other rock artists at the Charlotte Town Beach are.

The rock art really took off during the pandemic, said recreation director Nicole Conley, and they saw it as a great way for folks to get outside and get … well, recreative.

In the fall of 2020, the recreation commission and the recreation department were so inspired by beach visitors creating artistic expressions in the rock medium that they decided to hold a beach sculpture challenge.

Initially intended to be a competition, the recreation department ended up giving everyone who expressed themselves in rocks a free beach pass.

It was “a great way for kids and adults alike to be creative in a safe, open air and community fun-based pastime,” said recreation commission chair Bill Fraser-Harris. “The low lake level gave us a perfect working palette and residents stepped up, kids and adults alike.”

But beach passes or no, the rock sculptures have continued to appear and we’ve put out requests for people to let us know who the artists are so we can give them credit when we run photos of their masterpieces.

We know that one of the rock artists is Evan Webster, but he doesn’t know who the others are. 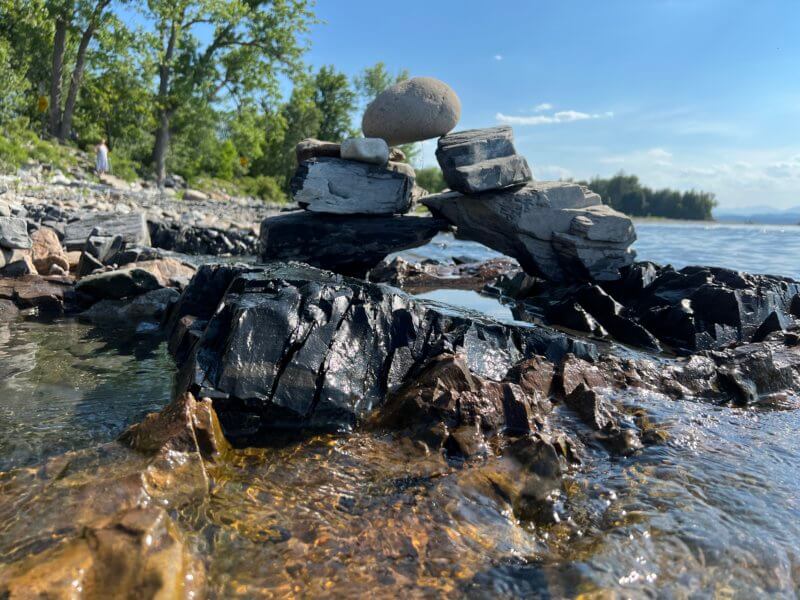 Courtesy photo. An almost round rock completes an arch by an anonymous rock sculptor.

Webster said he picked up a rock on a whim and it looked like the head of a sea monster, so that’s what it became.

He is an artist whose usual media are drawing, photography and screen printing, which is appropriate since he owns Webster Ink, a screen-printing company in Shelburne.

Webster just started creating rock tableaus at town beach this summer. He is the son-in-law of the late Terry Dinnan, who was a stonemason. Webster said Dinnan is an inspiration, just from being around him and absorbing what he was doing on his projects.

If you are one of the rock artists or know who some of the others are, please take a picture of their creation and send it to us along with the artist’s name.